Why We Go: Ambassador Katie Beard in Rwanda

Katie Beard is an Ambassador living in Nashville, TN. She has spent the past 10 days in Rwanda, where Noonday’s partner co-op stitches together beautiful bags from vibrant market fabrics. Today she reflects on her experiences in the land of a thousand hills so far, where she and six other Ambassadors have had the opportunity to meet the women whose amazing stories they have shared at Trunk Shows in their communities. 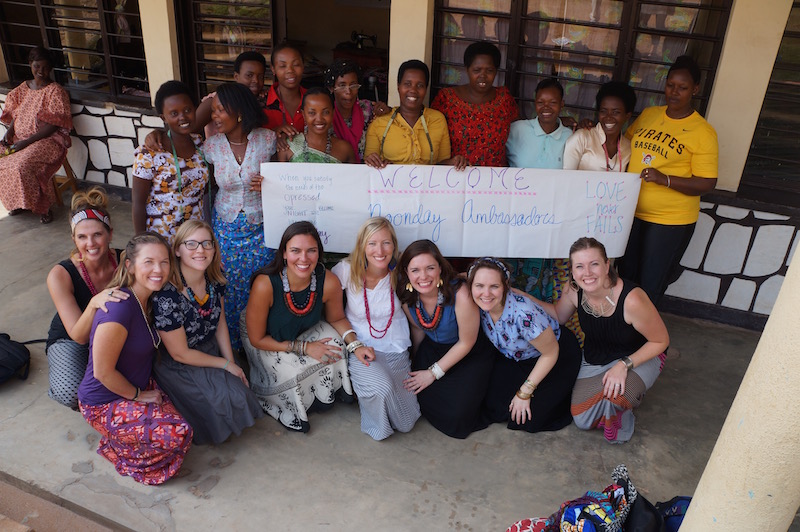 The hills of Rwanda have welcomed us with glorious light and lush vegetation, and the people have welcomed us with a lavish amount of graciousness and love. We have worshipped amongst brothers and sisters of many nationalities and witnessed firsthand just how empowering the gift of a dignified job can be. It has been an overwhelming experience brimming with stories of women who, despite obstacles in their past or present circumstances, are diligently working towards their dreams with boldness and bravery. 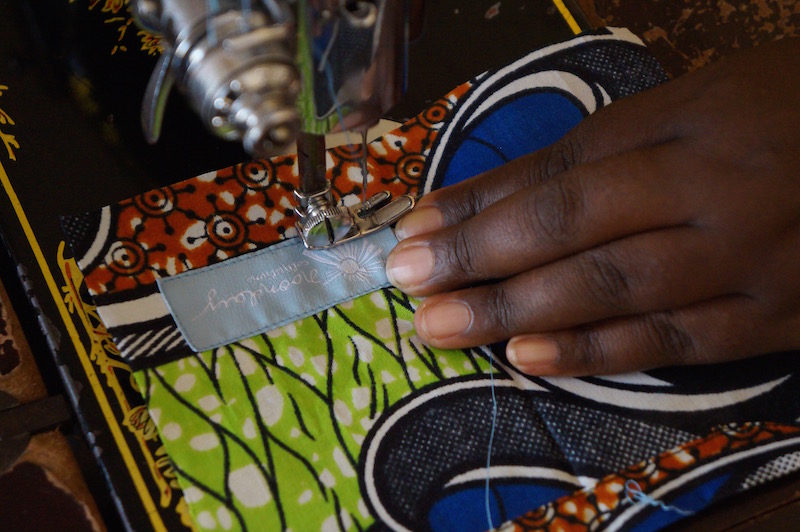 The first day we met the Artisans who make pieces for Noonday, each Ambassador shared why she became a Noonday Ambassador and how her Noonday journey had brought her to this trip to Rwanda. Tears filled our eyes as we shared our thanks, hope, and love for their work and our gladness to be in their country. In response to our tears of joy, one of the Artisans recalled a time when all of the women in the co-op had faced tears of sadness.

She shared that before they had jobs as seamstresses in the co-op, they could not feed their children or send them to school. Now, she exclaimed, because of the consistent work from Noonday Collection they are able to provide for their families and send their children to school. Their group began with 11 women, but they didn’t stop dreaming – they longed to see their sisters and friends experience the same life-changing opportunity. And because of Noonday’s consistent orders, they have already been able to offer dignified jobs in the co-op to eight more women! 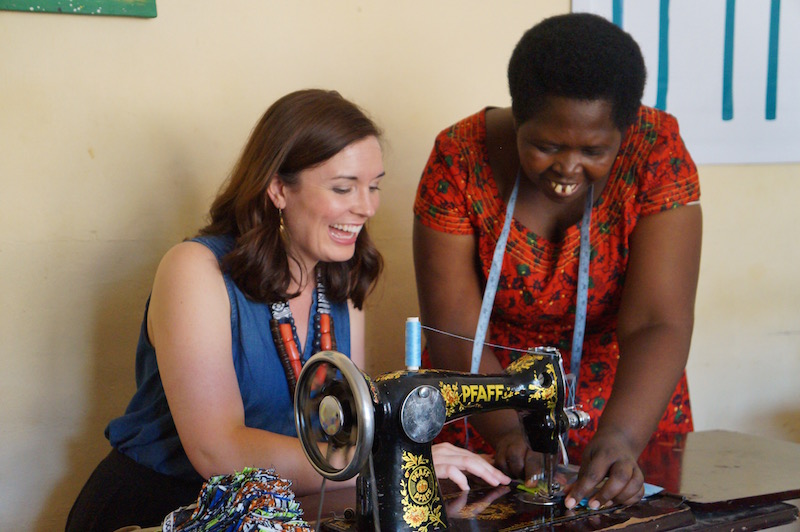 One of those special women is Serapia. Serapia has been with the co-op for a little over a year after her friend Anastasie, a founding member of the co-op, invited her to apply. From the first moment I met Serapia I felt we would be friends. She sat quietly at her sewing machine watching us take photos and our comic attempts to sew with the manual foot pedal machines they use. She even let me try to stitch one of Noonday’s accessory bags on her sewing machine and celebrated with me when we sewed the seam half-straight! 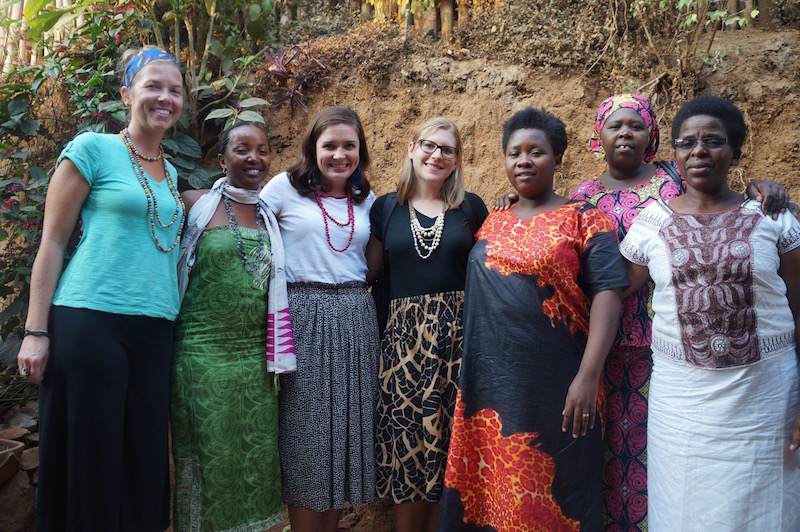 On the 6th day of our visit, we had the opportunity to spend time with some of the Artisans in their homes. I used the opportunity to learn more about my new friend, Serapia. She welcomed us to her home with open arms and praised God for having us in Rwanda. Her humble, mud-brick home had beautiful, hand-woven signs hanging on the walls. She shared that they translated to “Never forget to love” and “It is in you I trust, God.” Serapia has five children – three biological and two she and her husband adopted after they were orphaned by the 1994 genocide. Her willingness to accept others into her home during a time when she had so little for herself humbled and inspired me.

As she began to share some of her history with us, Serapia spoke quietly. She told us that before joining the co-op she felt lonely and rarely had consistent work. She worked as a street cleaner and a seamstress in the marketplace, but often did not have enough work to purchase food for her five children to eat that night. There were many nights when they went hungry, as Serapia remained in the marketplace late into the night hoping that someone would offer her just one job.

As she continued speaking, her demeanor began to change. She smiled as she listed the ways her new job at the co-op, with its reliable paycheck at the end of every month, allows her to pay rent and school fees for her five kids, buy necessities like food and clothing, and even save to improve her home in the future. She spoke proudly as she shared her dreams for her children – how she hopes to see them succeed in school and be equipped to care for themselves and their families without relying on others. 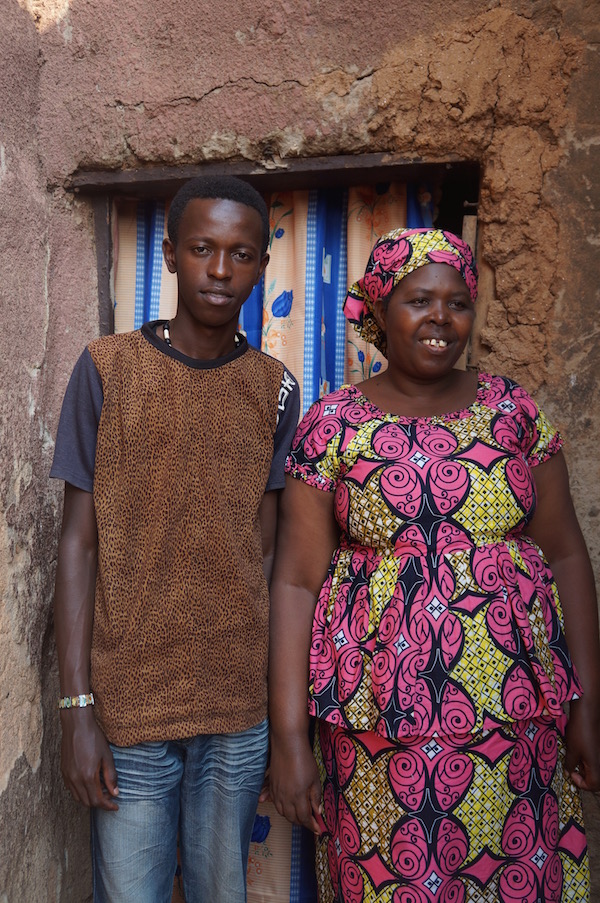 Serapia with her son Claude

When Serapia described her previous circumstance, sitting in the market all day hoping for sewing orders, I was overwhelmed with pride and hope for her future. I am incredibly thankful for Noonday Collection’s commitment to their co-op. As I stood side by side with Serapia, I reflected on the way our stories – as sisters, friends, and business partners – are being woven together into a beautiful story of empowerment.

As an Ambassador, I have felt so privileged to be able to work with a group of women in the United States and across the world who have become like family to me. Our work as Ambassadors is not about reaching down to help other women, but working in partnership to empower each other to flourish.

Serapia’s story of joining the co-op is so similar to my story of becoming an Ambassador. I felt that something big was waiting for me, but didn’t know how to take the next step. A friend invited me to attend a Trunk Show, and I was immediately hooked on the vision of Noonday Collection. After being mentored by another Ambassador, I decided to step outside of my comfort zone and use the gifts the Lord had given me to empower other women to use their purchasing power for good.

This is why we go – to experience life with women not so different than ourselves. Women who are shy at first, but who find their worth and their boldness as they link arms with women who believe in each other. When I first met Serapia, she barely met my gaze. But by the end of our visit to her home, our arms were locked and she was telling me, “You need to stay – we are friends!” with a signature Serapia giggle. 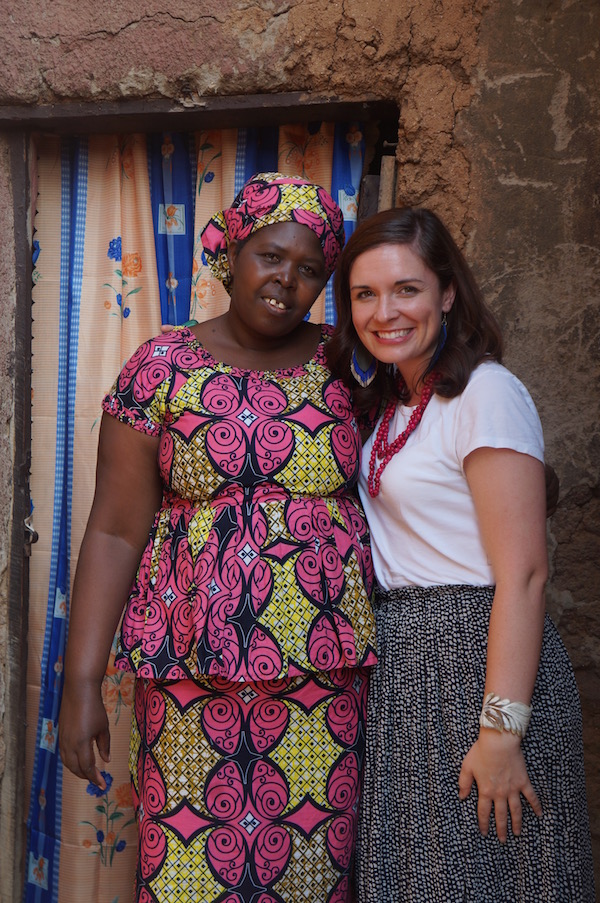 Want to join us on an Artisan Trip next summer? Launch your own Ambassador business today to work towards a trip of your own! When women across the globe connect, amazing things happen. Join us! 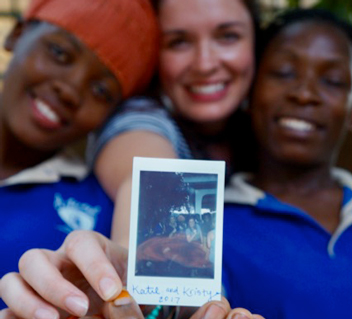 Ambassador Travel Journal: Her Dreams Matter as Much as Mine 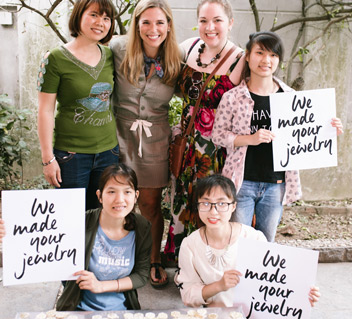 6 Lessons from Vietnam on Entrepreneurship and Life