Look at Fatima’s bright smile and kind eyes and it’s hard to believe that she’s faced so many challenges. Like countless Afghan women, Fatima has endured gender-based violence and discrimination since she was a small child. Yet she has never given up hope. Though her life is still marked by struggle, her struggles don’t define her. Today she earns an income as an Artisan. Through her work as an embroiderer, she has the opportunity to create a better world for herself and her children.

Fatima never knew her father. He passed away when Fatima’s mother was six months pregnant with her. Soon after his death, the family was forced out of her father’s house. Like most Afghan widows, Fatima’s mother did not have opportunities that would allow her to care for her family. She had to depend on her male relatives to support her and her children. Both of Fatima’s sisters were severely mistreated by the men who had been tasked with caring for them.

When Fatima heard her mother crying at night in secret, she knew that she was grieving for her daughters. She came to understand that because of her mother’s economic situation, she was helpless in Afghan society. She couldn’t protect her daughters from abuse because she was dependent on their abusers to care for them.

Writing her own story

Today, Fatima has four children of her own. When she became pregnant with her first child, Fatima knew that she wanted to have a say in her children’s lives and in her own. She had learned the art of embroidery from her mother and loved creating colorful pieces for her own home. When she found out that she could earn an income from her craft by working with a local artisan business, she was overjoyed.

“I don’t want to stay at home all day with nothing to do,” Fatima explains. “I love to do embroidery work, and to be able to earn money doing something I like makes me very happy. If I see colorful goods in the market, it inspires me in my own embroidery work. I love colorful, beautiful things. When I start working on my embroidery, I forget my anger, my sadness, and my crying. I become happy and the embroidery soothes me and makes me feel calm.”

Fatima’s husband does not have a regular job and struggles to find work as a day laborer for a construction site. He doesn’t earn enough to feed their family, so Fatima has become the breadwinner for her household—an amazing accomplishment in her traditional culture. She earns enough to feed her family of six and even pays the rent for their home. She is proud of the work she does and knows that she has true value, no matter what the men in her culture tell her. She is able to hold her head up high, proud that she is paving the way for so many women who will come after her.

Like so many of the Artisans we partner with, Fatima’s story is not one of storybook endings, but of quiet strength, perseverance, and progress. By earning an income with her own hands, she is standing up for herself in a culture that so often tells women to sit down. Because she respects herself, her sons Zabuillah, Rahmatullah, and Mushtabo will learn to respect other women. And because of her commitment to writing her own story, her daughter Fersita will have the chance to write hers as well. 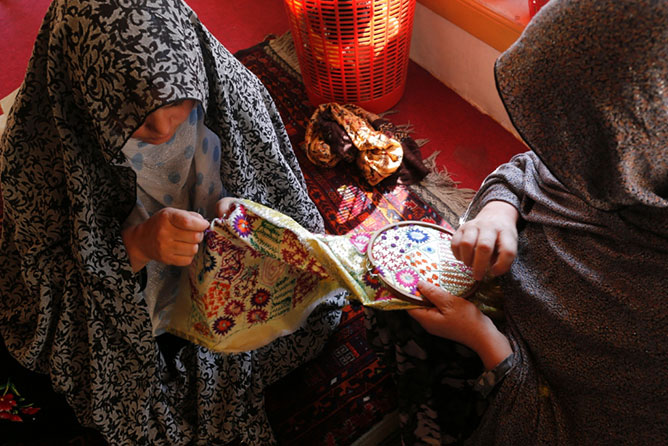 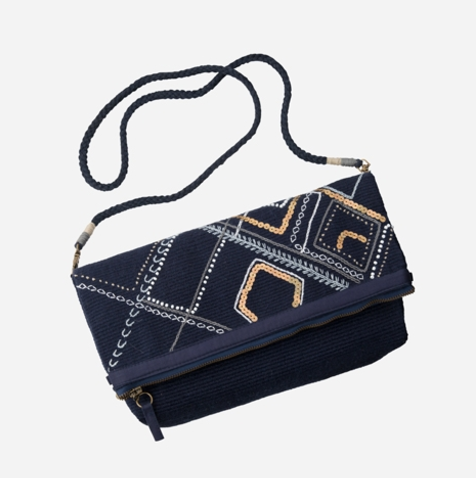 When you shop Noonday, host a Trunk Show, or become an Ambassador, you become part of the story of empowerment that women around the world are writing for themselves. Because of your purchases, women like Fatima are standing up and changing their cultures—one stitch at a time.