Our Failures Don’t Define Us: An Ambassador’s Journey in Guatemala

I missed my first flight out to Guatemala. Not because of a weather delay, plane maintenance issues, or closed runways. No, I missed my first flight because I convinced myself that my flight was at 8:00am when in fact it was 5:50am. I was convinced of this largely because this was when my return flight FROM Guatemala was scheduled, and in the foggy-brained early hours of the morning, after a busy week full of activities and mom-hustling to prepare for my very first Ambassador Trip, I truly thought this was my itinerary.

I casually strolled into the airport at 5:15am with my giant suitcase rolling quietly behind me, excited to board my first flight and start my grand adventure. When I pulled out my itinerary to double-check my flight number, the bottom dropped out. The tears didn’t start to fall until I finally reached the ticket counter two terminals over (oh yes, not only was I terribly late, but I was also dropped off at the wrong terminal by the airport shuttle) just as my plane was taking off. Man, did I feel like a failure. In that moment, my IBBC (coined by Noonday’s Founder, Jessica Honegger, this stands for the “Itty Bitty Baloney-Sauce Committee” that lives in each of our minds and loves to tell us all the ways we don’t measure up) had plenty to say about my lack of intelligence, my irresponsibility, and general terribleness.

That IBBC can be so harsh, can’t it? By the grace of God, that sense of failure did not crush me, dissuade me, define my worth, or derail my trip. After a whole lot of prayer, innumerable phone calls, some more tears, and a fair bit of laughter, my travel plans were reestablished and I was on my way. Again.

There’s something very freeing about having a huge failure at the beginning of a trip. I’d already made just about the worst mistake you can make when traveling, so what more did I have to lose? After all the rush of adrenaline and stress had passed, I felt rested and was ready to be fully present in Guatemala without fear or anxiety. And what a trip it was.

Our first night was spent in Antigua, and we were greeted by the most beautiful scenery and weather the next morning. We loaded into vans and traveled across the country to a town called Panajachel on Lake Atitlan, where we stayed for the next few days. From there we took boat rides across the huge lake to visit our Guatemalan Artisan Partners.

It was such a beautiful time of connection as both Artisans and Ambassadors shared our stories. We bonded over stories of loss, hard work, providing for our children, learning from our parents, illness, and working for something greater than ourselves. It was so clear that we truly are a partnership.

As Angelica so perfectly stated, “You work on our behalf, and we work on yours… we are all sisters.”

If you’ve ever wondered if your purchase as a customer, partnership as a Hostess, or hustle as an Ambassador matters, let me tell you that it does. I have seen the beaming smile of sweet Chonita, a beadworker who creates beautiful jewelry in Rosario and Alvaro’s group, as she told us that without this work, she could not support her family. Because of the dignified work she earns through Noonday Collection’s orders, she no longer has to weave her own blouses—she can now buy them. I’ve listened to Cristobol tell us that because of the reliable work we’ve helped provide, people are free to dream because they know they will have a reliable income.

The freedom to dream moves us beyond merely surviving to flourishing. It is so much more than just jewelry, my friends.

It was truly such a joyful trip. Of course there were bumps—two of us arrived late the first night, one suitcase was lost, and a few fell ill at various points. There was also so much beauty, laughter, adventure, and sisterhood. Perhaps the most poignant moment of the trip happened after our first visit to the beading workshops across Lake Atitlan, during lunch with Cristobol, Alvaro, and Rosario.

Powerhouse Rosario recently ran for mayor of her town and was one of the first women to ever do so. She did not win the election, but she shared her experience with us with such wisdom and grace. Rosario shared that she knew she had made some mistakes along the way and several things did not go according to plan, but she does not consider the loss a failure. She learned a great deal, and knows how to pick herself back up.

As someone with a huge fear of failure (and someone who had recently experienced a major travel failure), Rosario’s words were so powerful. She knew that even though the outcome was not what she hoped for, her efforts had not been a failure. And Cristobol, who could easily see Rosario and Alvaro as competition, instead is in leadership in the political party Rosario ran for office with and continues to work for greater equality between men and women in their town.

I couldn’t help but think of Rosario’s 12-year-old daughter, who was also at this lunch, listening to her mother and watching her live with such tenacity daily. What an example of grit and grace, and what a future this little firecracker of a girl will have as she grows up among her parents, her Uncle Alvaro, Cristobol, and the community of Artisans they’ve built.

Friends, our failures do not define us.

They may sting and derail our plans, but they do not define our worth or our future. We have inherent value and beauty that cannot be taken away. So work hard!

If you’re an Ambassador afraid of failing to reach a big goal, know that it will not crush you or change one iota of your worth. If you’re a Hostess fearful of having a Trunk Show that flops, know that your efforts do not go unnoticed and are deeply appreciated regardless of the outcome. If you have ever considered becoming an Ambassador but are afraid you don’t have what it takes, know that there is a sisterhood of other women to catch you, help you stand back up, and cheer you on.

Don’t let fear of failure (or an actual failure) hold you back from what could be a beautiful, life-changing adventure. If you’ve ever thought about going to Guatemala, do it. You will not regret it. Just be sure to double-check your flight information the night before. 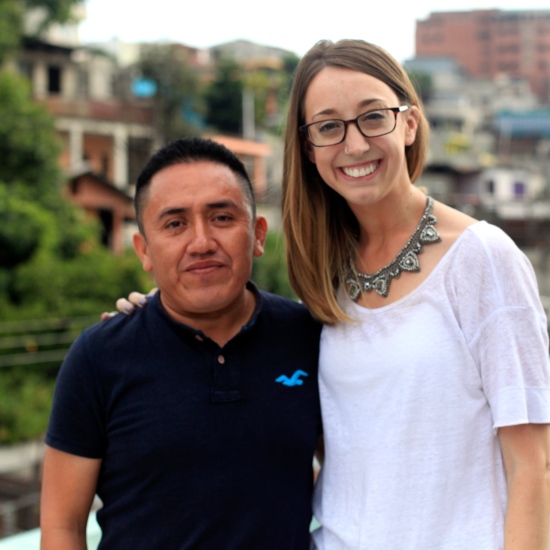 Why We Go: Brooke Van Groningen in Guatemala 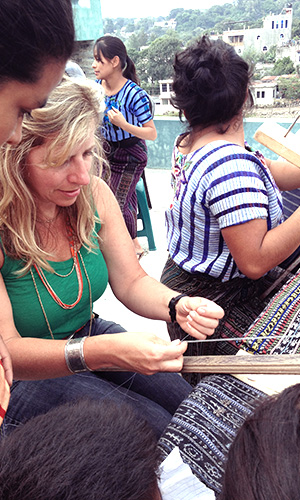 Why We Go: Ambassador Lisa Foster reflects on her journey to Guatemala 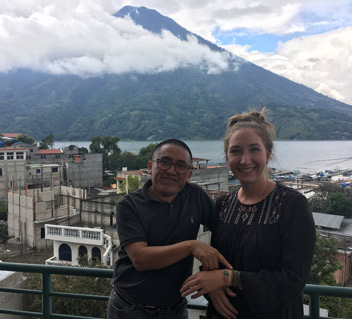 An Ambassador’s Journey: Finding Heartbreak and Hope in Guatemala