In the southwestern part of Kenya, not far from the deep blue waters of Lake Victoria and in the heart of the African tropics, there is an area known as Migori County. The air in Migori is thick with humidity, the fields of sugarcane and coffee bean plants are plentiful, and color and natural beauty abound. It is here that a boy named Nicholas called home.

Nicholas always thought that he would grow up to become a school teacher, but in a country with rapid population growth, a high unemployment rate, and a danger of food insecurity, he soon realized that the rural community of Migori could not provide the resources it would take to live a stable life and start a family. Once he came of age, Nicholas ventured to the capital city of Nairobi in search of a better future.

Nairobi could not have been more different from Migori. Bustling streets and city heat welcomed Nicholas to a new life, and opportunity awaited him just around the corner. Before long, Nicholas found a job he never expected to hold. He began making jewelry for a local export company!

Kenya has a long craft history with deep traditions in metalworking. Nicholas built an extraordinary skillset and grew to love the craft, but after 12 years of employment, the company went bankrupt. Nicholas once again found himself without the means of making a steady income. And this time, he wasn’t the only person whose livelihood he had to support.

Nicholas’ family became his biggest inspiration to found his own workshop, but without the resources of a large company behind him, he faced a common question among artisans in his community: where would he find a marketplace for his products? That’s where Noonday Collection’s local Artisan Business Partner came in.

After a few in-person meetings, Nicholas began making brass jewelry that would be sold to Noonday customers in the United States. His orders grew gradually with time, and two years later, his workshop became self-reliant with a steady income.

In the Fall of 2019, Noonday introduced a new collection of accessories handmade with love across the globe. Among the new line was a shining new pair of statement earrings ordered from our Artisan Partner in Nairobi – a product that had been entrusted to Nicholas’ workshop.

Because of the success of the Halcyon Hoops (they became best-sellers within weeks!), Nicholas has been able to hire four full-time employees and 11 part-time employees in his community. Noonday Collection orders have given him consistent, reliable work and the opportunity to meet new people every day, share ideas, and gain meaningful experience. Nicholas says that his metalworking skills have strengthened tremendously, and not only is he able to put food on the table for his family, but he can also afford to keep his three young daughters in school.

With the help of Noonday’s partnership, Nicholas’ ultimate dream is to see his daughters inherit his business and carry on his legacy long after he retires. He also hopes to employ many more Artisans living in the slums of Nairobi, and with your help as an Ambassador, Hostess, and customer, we believe Nicholas can do just that. 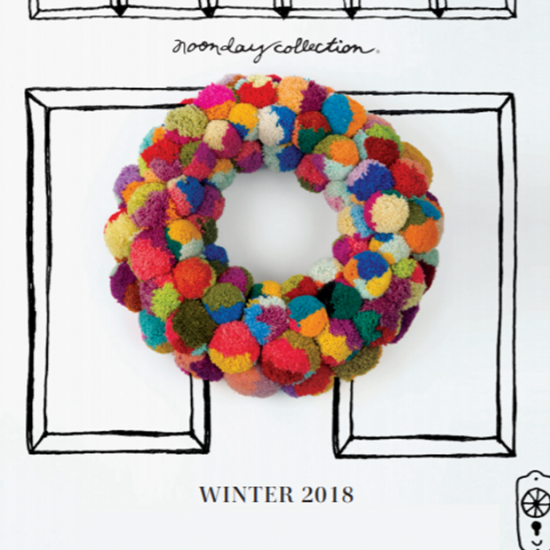 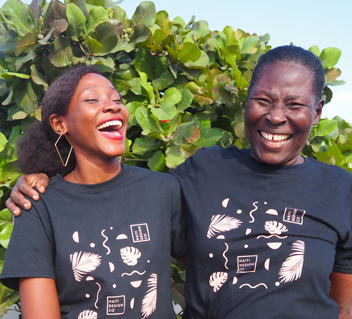 Artisan Conversation: a Mother and Daughter Flourish in Haiti 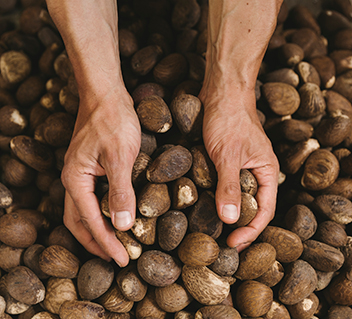 In the Making: Noteworthy Materials