Many kids have a vision for what they want to be when they grow up: a princess, an astronaut, a cowboy. Fermin, the founder of our new Peruvian artisan group, always knew exactly what he wanted to be when he grew up: a great silversmith. He would sit in school, daydreaming about new designs to try out in his father’s metalworking shop, waiting for the bell to ring so he could race home and try them out. He dreamed about the day that he would open his own workshop and share his designs with the world. 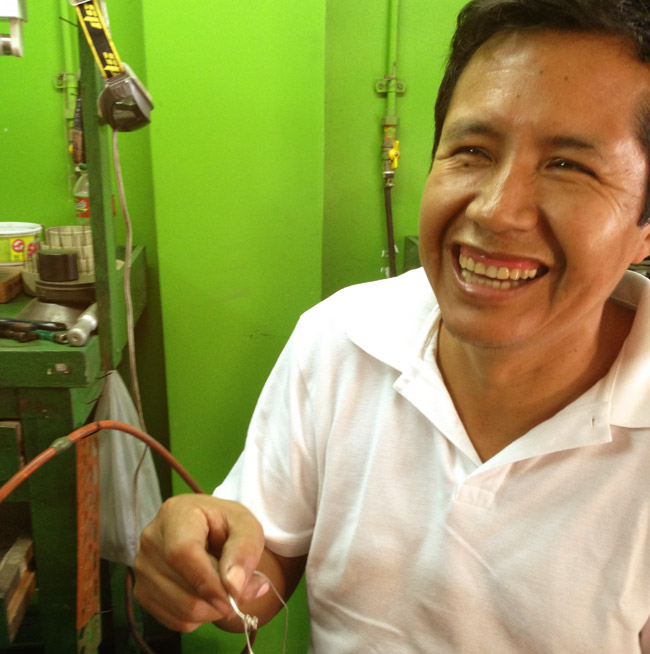 Fermin’s story is a testament to what can happen when talent, hard work, and opportunity collide. After training hard under his father’s guidance, he became a master silversmith in his own right, and was able to open his very own workshop, devoted to crafting the highest quality pieces using the best materials he could find.

He didn’t stop there, though. What we find most admirable about Fermin is his commitment to using his success as a vehicle to pull his neighbors out of poverty and into a place of hope. Despite Peru’s recent economic growth, over a third of Peruvians live below the poverty line. It pained Fermin to see his neighbors struggling in poverty, and he became determined to change what he saw. He began hiring those in his community who really needed a job and paying them the wages they deserved for their work. 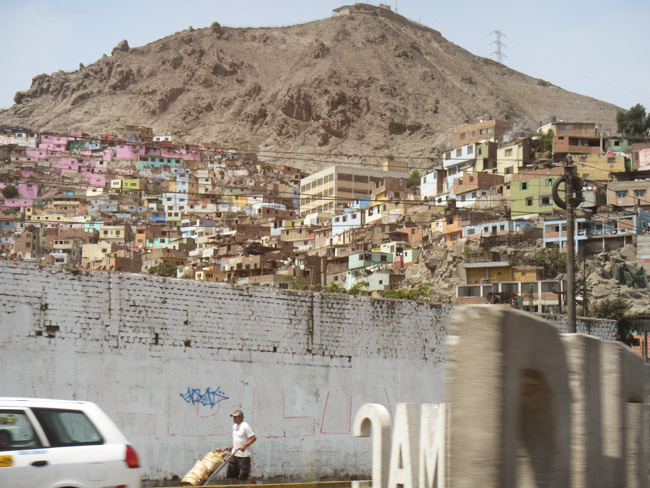 Fermin’s workshop is located in a neighborhood on the outskirts of Lima where the mountains slope down to meet the city. Those with wealth perceive this land as undesirable, but for the many entrepreneurs beginning to dot the rocky terrain with brightly colored buildings, it is a place where they can make a new start. 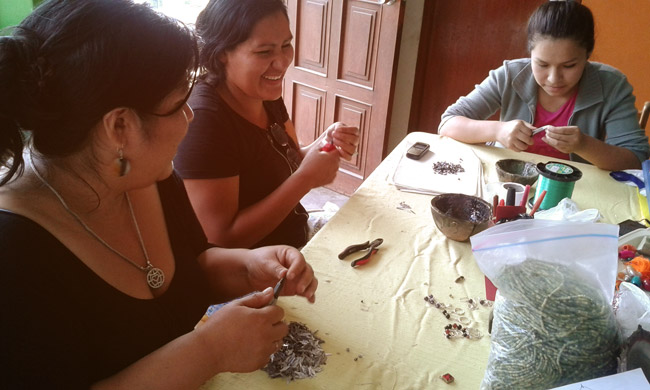 Fermin sees in the neighbors he employs the same potential he saw in the rough, jagged landscape where he built his workshop. In a woman whose husband abandoned her and saw her as not worthy, Fermin saw the potential for a talented, valued member of his team. He hired her as one of his artisans, and the generous wages he pays her have allowed her to provide for her children as a single mother. In addition to treating his own employees like family, Fermin has supported a local family-run gem-polishing business for over 15 years, a testament to the loyalty that defines him. In the workshop, Fermin and his team begin with raw blocks of silver and brass, unpolished semi-precious stones, and jagged shells. These materials may look dull and valueless to the average eye, but the artisans see through the layers of age and dirt to the potential held inside. They melt, hammer, buff, and shine every piece to transform these objects into something beautiful that can be shared with others. 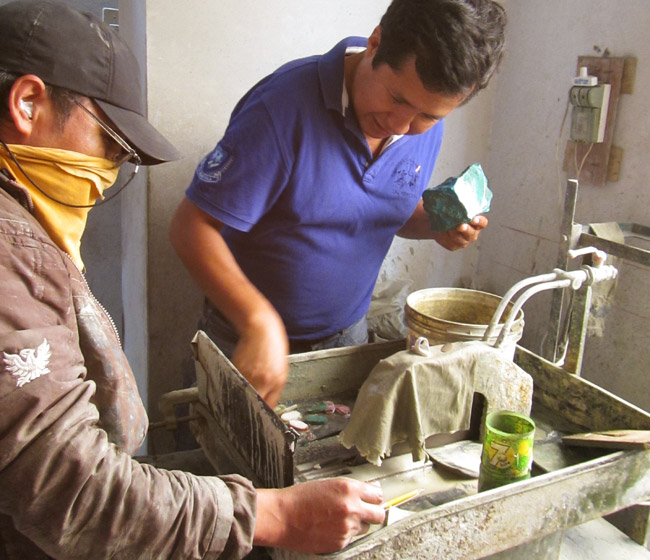 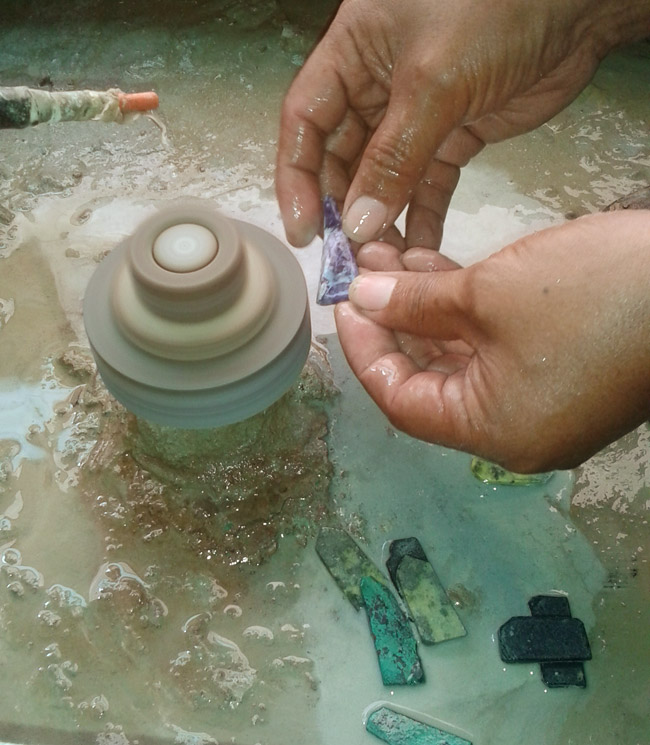 Fermin’s work to provide economic opportunity in his neighborhood embodies a fundamental truth about the goals of poverty alleviation. It is about enabling people to afford life’s basic necessities: to feed, clothe, and protect themselves and their families. But it’s also about so much more. It’s about looking at someone the world has forgotten and seeing beauty, value, and a story that matters. It’s about recognizing that even though people may look like rough stones, they were made to be gems. 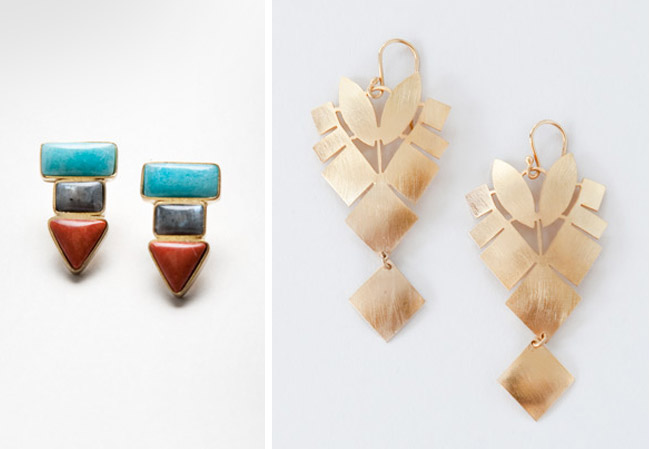 We are proud to support Fermin’s workshop by purchasing the beautiful pieces they make. Check out our new Spring/Summer Collection to view some of the workshop’s intricate creations. 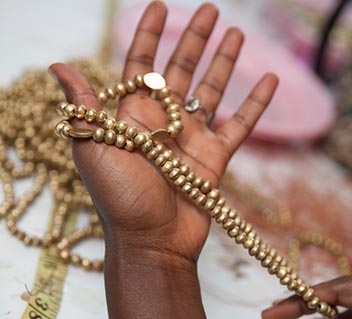 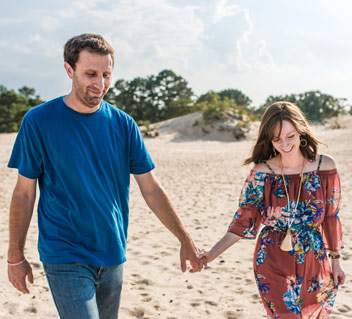 Noonday Style in the Making: The Beginnings Bracelet