A long, flowy, patterned skirt in fall colors, short-cropped hair, and no makeup: that’s what I used to picture when I heard the word activist. A woman who spends her days meeting with community leaders, lobbying the City Council or Congress, and picketing in front of the courthouse. That woman is amazing. I am not that woman.

My days are spent lesson planning and teaching, helping with homework and doing laundry, running to football games and taekwondo practices. I am busy. And although I have always felt a calling to help the marginalized and oppressed, I just didn’t have time to be an activist. Or so I thought.

Around three and a half years ago, I went to a friend’s house for a jewelry party and adoption fundraiser. It was there that I first heard about Noonday Collection, a company that was fighting global poverty through dignified job creation. I already knew that fair-trade jobs were key to ending modern-day slavery, so when I heard the Noonday Ambassador talking about the women and men around the world who made the beautiful jewelry and that they earned a dignified wage in safe working conditions, it clicked: I couldn’t change the world, but I could buy a necklace that was helping to change lives.

Eventually I decided that I could also host my own jewelry party, or Trunk Show, to introduce other women to the concept of fair trade and to Noonday Collection. The more I learned about the company, the more I came to think that  by joining as a Noonday Ambassador, I could have an even greater impact on the fight against modern-day slavery. So I took a leap of faith, gave up my side job at the time, and became a Noonday Ambassador. I just hoped that I could make up for the income I was giving up and find time for Noonday in my busy life as a working wife and mother.

Fast forward to three and a half years later, I can say that I absolutely made the right decision. My income as a Noonday Ambassador far exceeds what I made in my previous side job. Not only that, but I am advocating for women and men in vulnerable communities all over the world. I raise awareness about human trafficking, promote fair trade, and encourage women to use their purchasing power for good. I am contributing to the end of modern-day slavery, and I am doing it all at times that work for me and my family. I still go to my children’s games and wash clothes and plan lessons, but I also get to hang out with other women and share my passion for creating a more flourishing world.

I think it’s safe to say that my image of an activist has changed. Now when I picture an activist, she looks like you or me – a woman with a full life, a closet full of jewelry, and a desire to change the world – one necklace at a time.

Amanda resides in Birmingham, AL with her husband and their two boys. In addition to operating her own business as a Noonday Collection Ambassador, Amanda teaches English as a second language at a public high school and loves to spend her time working out, reading, embroidering, and hanging out with friends. 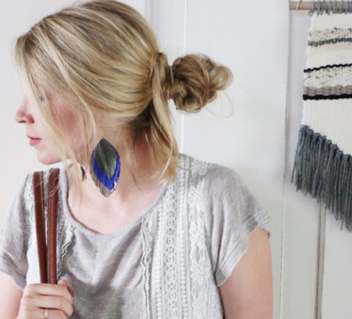 Ways to Step Up Your Work Week Wardrobe

6 Tips to Make Thrifting Work for You 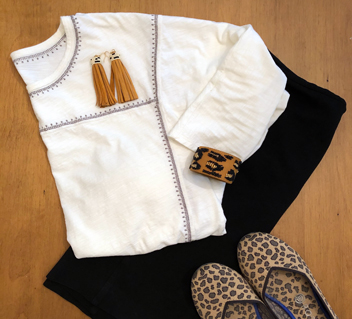 How to Build an Intentional Capsule Wardrobe