An Ambassador’s Reflections on South Africa and Zimbabwe

I just returned from a two-week trip to the African continent with my husband in mid-February. We planned a trip to South Africa and Zimbabwe originally because my husband, Dave, had a meeting to attend in Johannesburg. I had never been to this part of the world, but for Dave this area of the world is a home away from home. Dave had fallen in love with the people and the country of Zimbabwe on a mission trip in college and after graduation. He moved to a township outside of Masvingo, Zimbabwe, to teach English to secondary school students. He spoke often of his Zimbabwean friends like they were family, and it was clear that his time in this country had shaped his heart and his mind. After seventeen years of hearing his stories of Zimbabwe and other parts of Africa, I gazed out of my airplane window, watching the coast of South Africa draw nearer and nearer…until I was able to make out the iconic Table Mountain and a breathtaking first glimpse of a continent I had only ever wondered about.

I was overwhelmed by the incredible beauty of South Africa and later, Zimbabwe. There was beauty so unlike anything I’ve seen within my travels of Central America, North America, the Caribbean, and Europe. This land was something completely different. Almost as quickly, I was overwhelmed by the kindness and patience of an entire people. Wherever we went, everyone made themselves available to help us, direct us, and converse with us. This was something that I, at first, attributed to our being tourists. But I soon realized that this was part of their culture and basically the way these people “roll.” They serve each other and even strangers whole heartedly. Experiencing an others-first, hospitable mentality day after day was dumbfounding for this Americana – dumbfounding and unexpectedly life-giving.

So that is how one famously comes to fall in love with “Africa,” I decided. These people, and this stunning land put together make this a place like no other.

But as quickly as I fell head-over-heels in love with southern Africa, I was blindsided by the realities of a broken and oppressive history that is still greatly affecting these people. Stories of the Apartheid era, which ended not even thirty years ago, paint a picture of fear, power, and greed casting the dark shadow of their consequences. It’s a shadow that many are still living under today.

Practically, that looked like driving along the gorgeous and pristine coastline just east of Cape Town for as far as the eye could see, waves crashing, the mountains of wine country in the distance, then turning inland along the highway, met with the shocking view of the shantytown, Khayelitsha. A slum for as far as the eye could see. We had both seen poverty before, but not like this. We scrambled to understand how this was happening. Online, it’s presented as an “informal township.” But the truth is that it’s a slum, and considered to be one of the world’s top five biggest slums, without running water, a lack of sanitary, functioning toilets, no electricity, violence against women and children, and stacks on stacks of clapped together wooden and metal shacks that an estimated two and a half million people call home. “Our New Home,” known in the Xhosa language as “Khayelitsha.” Still, there are good things happening in Khayelitsha: schools have been built, and there is now a hospital and several health clinics.

But maybe the hardest news is that unemployment is estimated at 73%.

I ate beautiful and delicious food that night with a view of the Franschhoek Valley. We sipped wines from vineyards just a short stroll away, and the lights of another smaller shantytown twinkled on the hill. They must have had solar panels. The people built their shacks there to be closer to the wine industry and the work that came with it. The stark difference of my experience as I looked out over theirs was bitter.

Later in our trip, I was invited to visit Kliptown Youth Program, located in the Kliptown neighborhood of Soweto, a township of 1.2 million with amazing roots in the historical fight against Apartheid, located just southwest of Johannesburg. My time in Kliptown was eye opening. The stats are bleak: about 44,000 people live in Kliptown, an area neglected by the government, and of those living there, 70% are unemployed. Another 25% have HIV/AIDS, and teen pregnancy is high in this area. Kliptown Youth Program, created by a small group of people that grew up in Kliptown, exists to support the children in Kliptown by providing tutoring, two meals a day, access to some extracurricular activities and school uniforms. Their goal is to lift up these “learners” and walk with them all the way through graduation – when a diploma and opportunity for jobs and higher education become a possibility.

Over the past twelve years, they’ve had great success and with continued support; they serve over 500 of the 10,000 children living in Kliptown. They understand that sustainable change must begin within, and instead of being discouraged by the numbers, they celebrate their victories. At KYP, they have a “Wall of Hope” that displays photographs of graduates, those who passed their drivers license tests, university graduates, and KYP alumni “in the formal economy.” This is a source of inspiration to the children in the program and to the tutors and staff who serve these children daily.

As we walked through part of Kliptown with one of the KYP staff, I wondered what it would look like if many of these people had dignified work? The “formal economy” is a wonderful goal, but if the economy is weak, then what?

The Journey Continues: Wildlife and Zimbabwe

Flash forward to adventures in the bush: lions, zebras, elephants, giraffes, rhinoceros, monkeys and more… a unique and quiet peace unlike no other, surrounded by God’s creation. But there were stories from the game scouts about poaching. There are more townships, formal and informal, near the gameparks and people, hungry and otherwise, will set illegal traps to catch impala. But sometimes they snare giraffes, African buffalo, or whatever walks into the trap. At the minimum, the animal is maimed and likely to die to a predator if they aren’t found and killed by the poachers first. We saw a beautiful male giraffe which had survived a maiming injury from a snare. The juxtaposition of beauty with such an ugly and violent scar on his leg was startling. It pointed to the suffering of people who live nearby.

We ended our trip with a few days in Zimbabwe: a gorgeous country with nearly collapsed economy and infrastructure, but a determined people who love their home country and do not give up. There were hot days, late nights, and early mornings to see all of the people and places dear to Dave while we were there. There was also a shortage and sometimes lack of water, blackouts due to rationed electricity, toilets that didn’t flush, and a general want for supplies. The border crossing from South Africa into Zimbabwe was demonstration enough that the government of Zimbabwe is failing to meet the needs of the people. Every single person crossing into Zimbabwe, including us, carried supplies bought in South Africa in everything from large containers on their heads, to trailers piled precariously high, hauled by cars and trucks. On the Legatum Prosperity Index, Zimbabwe ranks number 139 out of 167 countries around the globe. Specifically, they are ranked 155th for Enterprise Conditions which measures “the degree to which regulations enable business to start, compete, and expand.” Living conditions are ranked at 130. You don’t need to be an expert to understand that things are tough, and jobs are scarce, despite relatively high literacy and education rates.

I returned home to the USA exhilarated, angry, and sad, searching for the meaning and purpose in everything I had seen.

It is clear to me that change needs to come from within these countries, but in places like these and others around the globe, change will come more quickly with our support. Noonday Collection does not yet partner with Artisan Workshops in South Africa or Zimbabwe, but our trip only strengthened the notion that the Noonday community knows to be true: What people truly need are jobs.

We must keep sharing the message of Noonday, and we must continue to look for ways to support the fair trade work of artisans locally and around the globe, however we can. The choices we make daily, even seemingly small choices, have global impact. I want to encourage you in this mission, whether you are an Ambassador, Noonday Home Office staff, or a loyal supporter by hosting Trunk Shows and shopping. We CAN build a flourishing world together. The world needs us to do what we can to further this mission where children are cherished, women are empowered, people have jobs, and we are connected.

Stephanie is a Colorado native who loves spending time in the kitchen and who’s always had a hunger to explore the world. “Traveling has shaped my views on so many things,” says Stephanie, “It is definitely a foundation for my connection and passion for the work that Noonday creates for our Artisan Partners.” 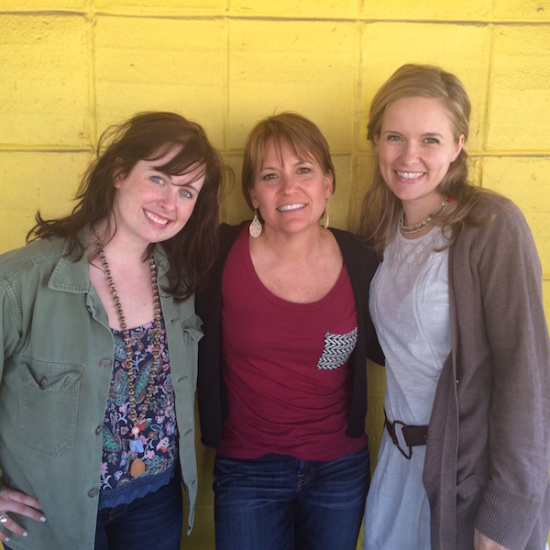 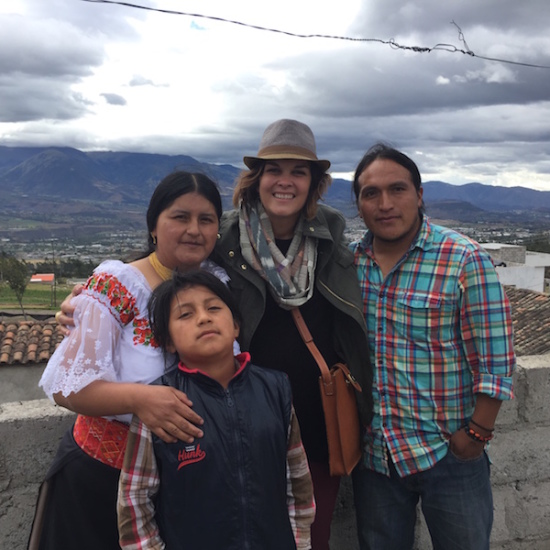 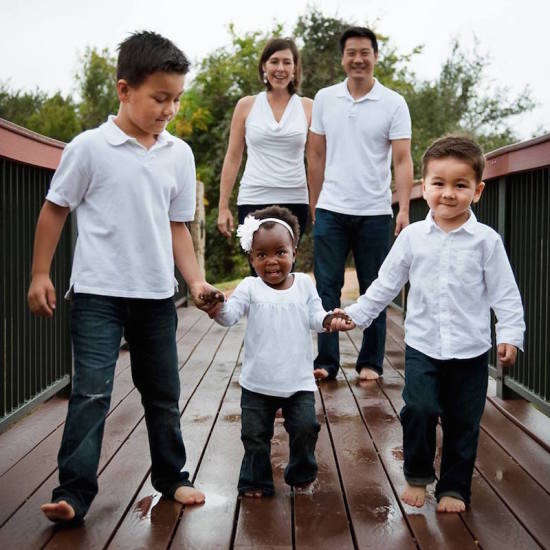