An Ambassador’s Journey: Finding Heartbreak and Hope in Guatemala

As our boat docked along the shore of Santiago, Guatemala we were immediately greeted by men, women, and children selling their handmade treasures; they bartered dollars and quetzales, the Guatemalan currency, just to make a sale that day. We were a group of nineteen Ambassadors stepping out of our comfort zone and into the world of our Artisan Partners. Their country is beautiful–filled with lush green leaves and towering volcanoes, and yet within that beauty is a country of people living with a staggering 59% poverty rate. Seeing the many eyes looking for help as we walked through the village was a very overwhelming experience. The needs and the struggles were not masked as they often are back home in the US; here we would see a different kind of poverty. 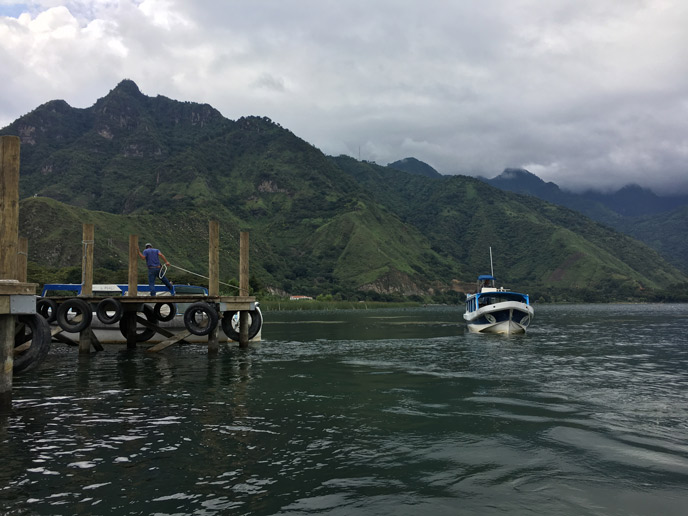 Photo by Cristy Tripp: Boating across Lake Atitlan to Santiago

Our group of Ambassadors proceeded to walk through the busy streets until we arrived at the home of our Artisan Partner, Cristobal. He excitedly welcomed us into his peaceful home and led us up to the roof where a table of smiling women were working on some new Noonday Collection designs. Their skilled hands worked quickly and accurately as they whipped up their stunning beaded earrings and bracelets. 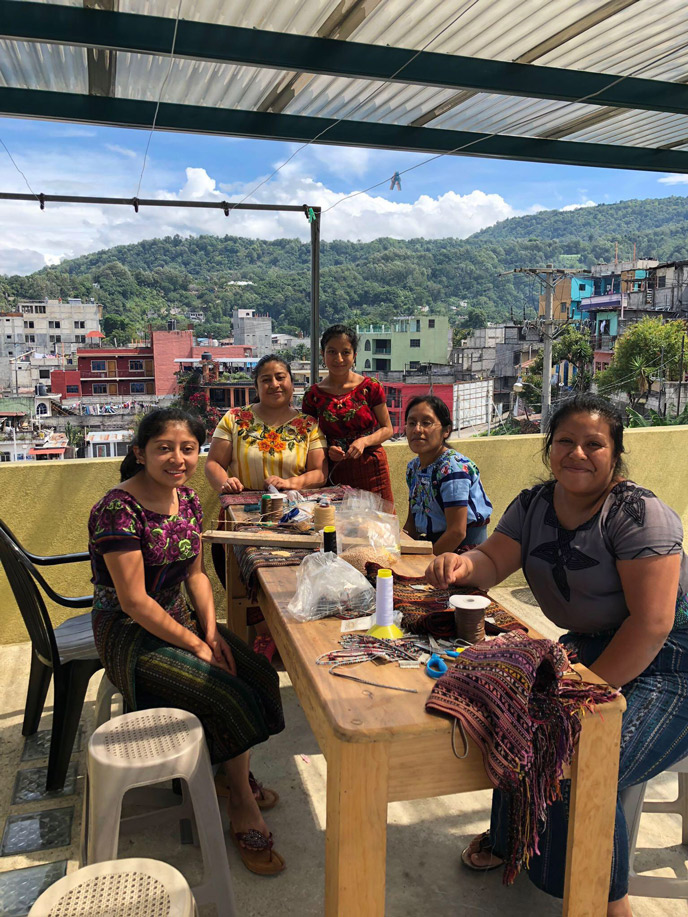 Cristobal proceeded to share his story of heartbreak, hard work and hope. He shared that at the age of nine his mother was killed and at twelve his father abandoned him and his three younger siblings. He explained that he was once one of those children bartering with tourists, desperate to sell his handmade creations to provide for his brother and sisters. He shared that a spark of hope was instilled in him when he met a street preaching priest who invited him to sit and talk. The priest immediately saw great potential in Cristobal and told him that one day he would be a leader in his community. From there Cristobal developed his beading skills and refined his eye for design. He now employs over 100 artisans, 60 of them specifically dedicated to creating Noonday Collection pieces.

Cristobal, although small in stature, has an extremely big, compassionate heart. He understands that women in his country are often not given much opportunity. He seeks to employ women specifically, and then helps them set up their own bank accounts where their wages are directly deposited. This ensures that their money is safe from those that would take advantage of them. Cristobal also is deeply protective of the children of his Artisans. They fondly call him their godfather as he intentionally invests in their lives. 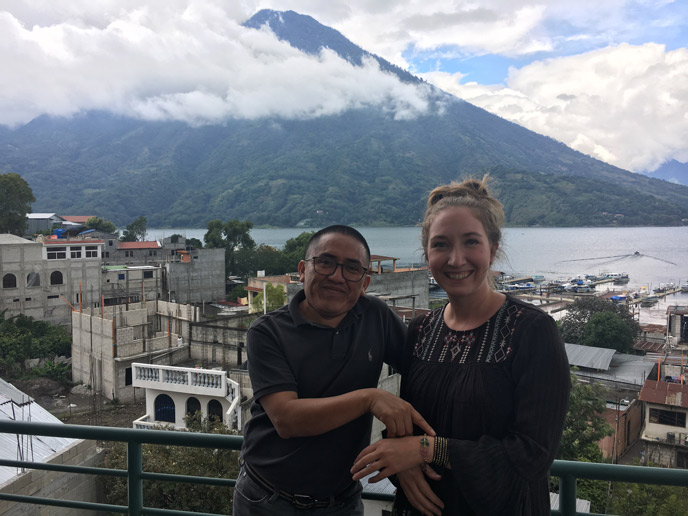 Photo Cristy Tripp: Cristobal pointing to one of his Noonday Collection bracelets

As we stood there listening to Cristobal passionately speak, the feeling of being overwhelmed began to fade. We were connecting with real people with real needs being met through the work that Cristobal and Noonday’s Ambassadors do. Here we were looking into the eyes of hard working women who giggled as they attempted to teach us their craft. There was joy and peace in this place because they knew they had a steady, safe job. This was such a contrast from the overwhelming need that was so present outside Cristobal’s walls. 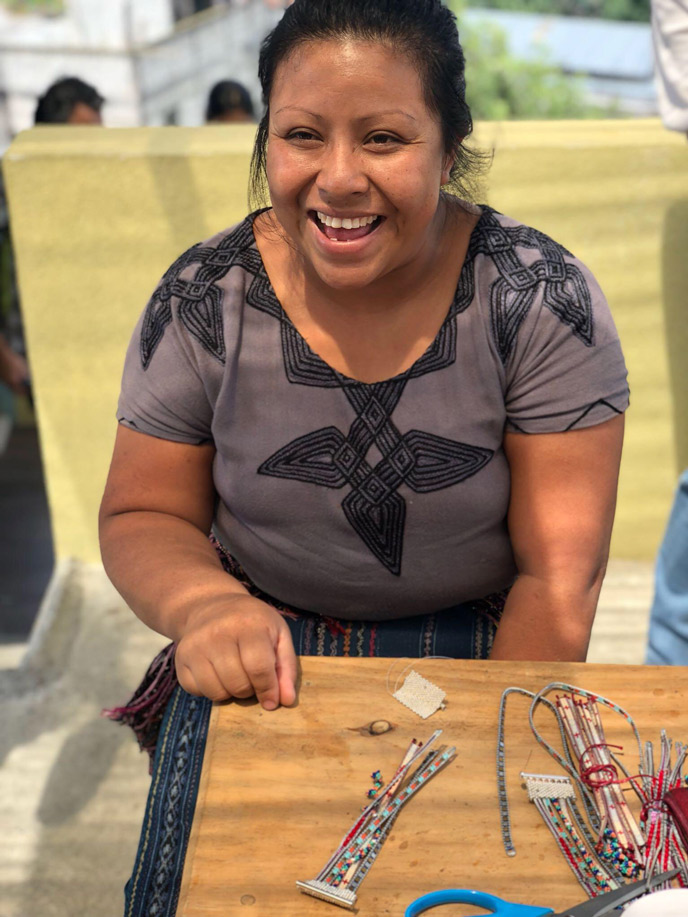 Photo by Kathy Linder: A woman at work in Cristobal’s home

As I sat alongside Cristobal’s Artisans, I thought, THIS right here is why Noonday Ambassadors put their fears aside and ask people to join them on this journey. THIS is why nineteen Ambassadors put their lives at home on hold to travel abroad: because our work means peace, hope, and freedom to so many lives. And the work of our Artisan Partners means the same for us.

When you look at the world’s problems as a whole, it’s easy to forget the individual. Noonday Collection reconnects us to the individual and those connections mean the world to our Artisan Partners, their families, and to us. We no longer have to stand frozen and overwhelmed in the face of poverty; instead, we can confidently share the stories of Cristobal and his employees and know that there is hope and a solution in dignified work.

As we stood among the talented women who were showing off their craft, I then took a moment to look at the group of Noonday Ambassadors taking this all in alongside of me. We were a group of women with jobs, families, busy schedules, compassion and spunk (I mean, we had a dance party in a Guatemalan restaurant later that same day), but we were also a group of women with influence. The eyes of our families and friends at home were watching us. They were watching us put fear and hesitation aside to link arms with our new Guatemalan friends. 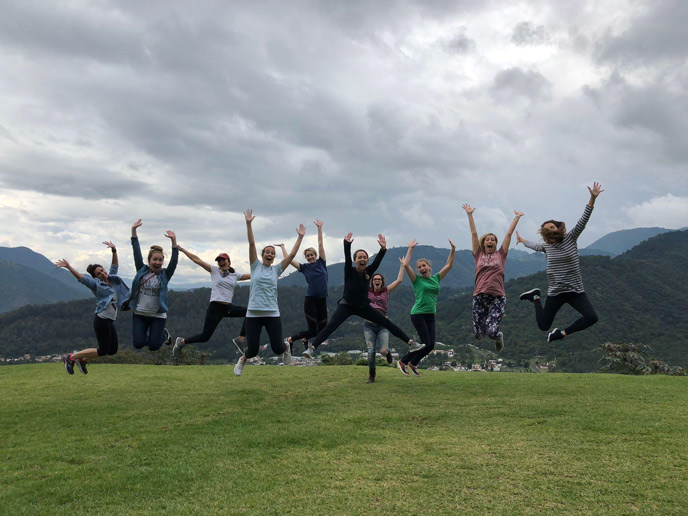 Passion, courage, and purpose are contagious attributes that others observe in those that are actively striving to change the world. Children see, friends watch, and family ponder why Ambassadors constantly “go scared” to connect with women and men across the world. My son’s little eyes are watching me, and I want to raise him with a mind wide open to the world we live in: to the poverty and to the hope, to the need and to the power to meet the need. 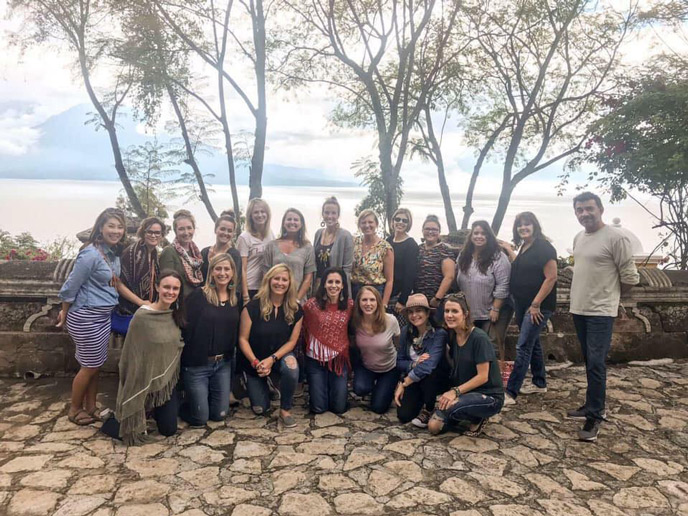 When people look beyond their fears and differences to link arms with each other, the world truly begins to change. 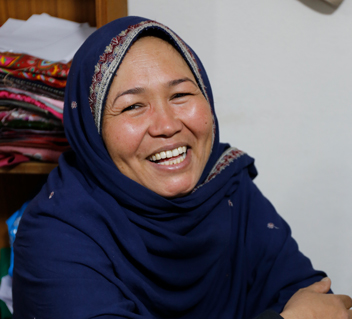 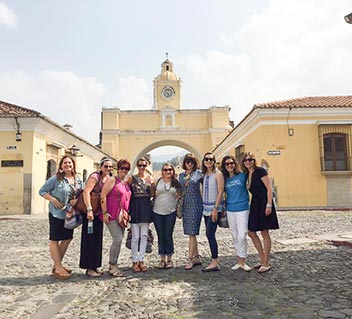 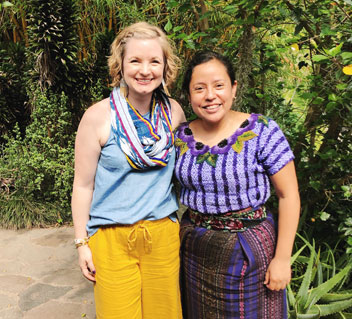 Our Failures Don’t Define Us: An Ambassador’s Journey in Guatemala